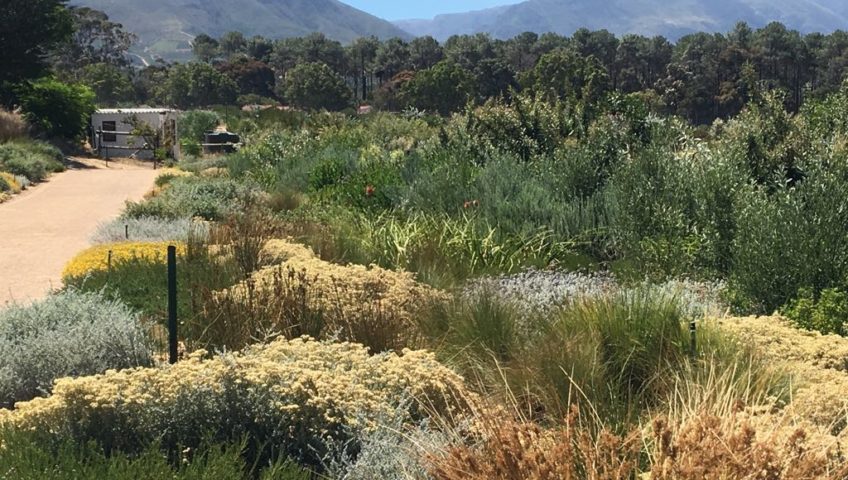 The Award was presented for landscape construction at Steenberg Green, an upmarket housing estate, located on the urban edge of Zwaanswyk in Tokai and bordering Table Mountain National Park, Cape Town.

The project – Steenberg Green – initially received a prestigious SALI Double Gold Award in the Best Landscape Construction with Design by Others category.​

“It is a great honour for Peninsula Landscaping to receive recognition for being part of the team responsible for the installation of this beautiful water wise garden,” said Norah de Wet of Peninsula Landscaping. “The Rand Water Trophy is particularly relevant considering environmental issues which need to be addressed with urgency. There is a need for greater awareness around water wise landscaping practices and for this reason we are particularly proud to have received this highly prestigious trophy.”

Prior to development, the property – Steenberg Green – was a combination of barren, low nutrient sandy soil with little water retentive properties and deep bands of clay with little drainage. The land was also used as a recreational area for horse-riding and some areas were deeply compacted.

“Preparation of the landscaped areas started in November 2016 and phased planting started in December during a time when the Western Cape was experiencing a severe drought with unprecedented water restrictions,” explains de Wet. “It was difficult keeping plants alive especially as 60% of the shrubs and groundcovers for the site were specified as plugs and dried out very quickly.”

A number of important water wise principals were used for this project.

* Invasive species such as Port Jackson (Acacia saligna), Patterson’s curse (Echium plantagineum) and syringa trees (Melia azedarach) were removed from site.
* Indigenous plants, some endemic and endangered, were carefully selected and correctly zoned according to their water requirements, with swales capturing and retaining rainwater on the site.
* Plants were mulched to ensure deeper penetration of water and less evaporation.
* The borehole is connected to an automatic irrigation system with a rain sensor and is set to accommodate watering of the different plant zones.

Once plants established, the irrigation was operated manually – only when needed.